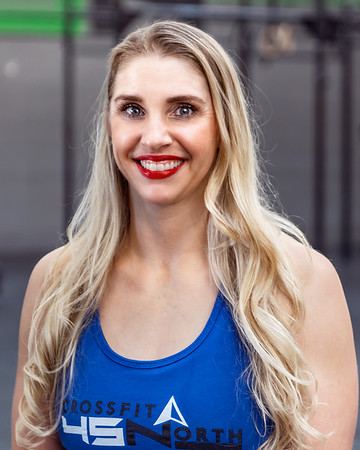 Tiffany found Crossfit in 2012 in a free class offered to military wives during a long a difficult deployment.  She loved it so much she began doing it as strength and conditioning program for her standout amateur boxing career in Europe.

After her successful boxing career and the decision to start a family she started doing CrossFit exclusively in 2015.  What has impressed and allowed her to stay fit as a military wife and new mother is the family culture of Crossfit.

Her travels in different Crossfit gyms and competing in boxing all over the world have given her a wide range of experiences within the athletic realm.

Tiffany achieved her CFL 1 summer of 2018, shortly following completed the Crossfit Striking Certification.  After that she started up a successful striking class in Savannah GA, her husbands last duty station.

“I believe the human body is a miraculous home for the soul and love witnessing the transformations of people who try this sport, not just physically but emotionally and mentally as well. I love that my babies are exposed to strong and resilient role models, that they see what a healthy relationship with their bodies and nutrition look like. Coaching is the best job in the world!!!”

On Friday nights at 6pm Coach Tiffany will be teaching a Crossfit Striking class called “Fisticuffs 45”.

The class will include many of the functional fitness exercises offered in regular CrossFit but also a new component of striking which includes; knees, elbows, palm strikes, kicks, defensive tactics, and proper punching.

Let’s get ready to ruuuuuummmmbbbbllllleeeee!